Letter from the office of the Director General, Department of Child safety, Youth and Women – RE: QLD Government Acceptance of recommendation 9 – DFV Death Review and Advisory Board Annual Report 2016-2017 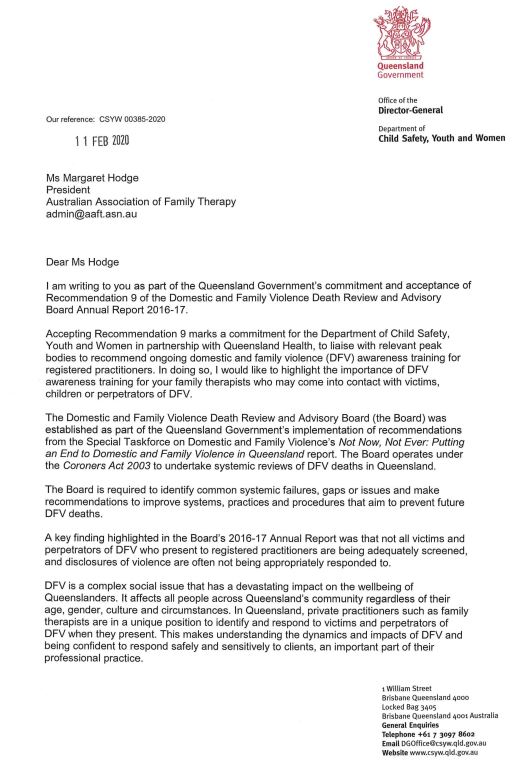 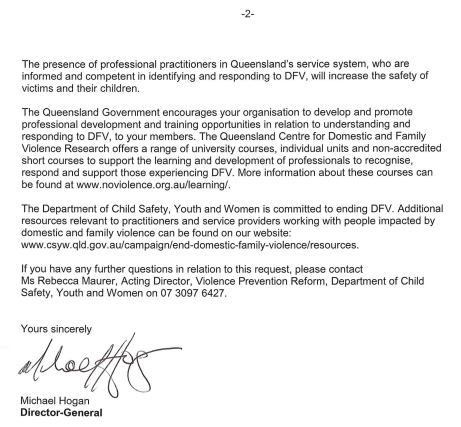 HISTORY OF FAMILY THERAPY IN QUEENSLAND

The Association was founded at an inaugural meeting on 14th February,1980, following the recommendations of the Steering Committee that had been set up in 1979.

The proposed aims and objectives of QAFT were broadly to establish a self-help association which had the potential to develop appropriately as family therapy expertise and the requirements of the professional culture changed.

Membership grew from the original 28 in February 1980, to nearly 200 at its peak in 2004. It developed a Code of Practice, sponsored Professional Development workshops and held regular Clinical meetings.

In 2001 QAFT added the new membership category of Clinical Member in recognition of the need to provide a way for those with specialist qualifications could be identified. Membership was originally restricted to psychiatrists, psychologists, social workers and nurses. This extra level of Membership gave QAFT three classes of members, Clinical Members, General members and Associate / student members. This allowed membership is drawn from a broad professional base.

QAFT joined PACFA (Psychotherapies and Counselling Federation of Australia) as a Member Association in 1998.

In 2012 QAFT joined with other state family therapy associations to establish the Australian Association of Family Therapy.